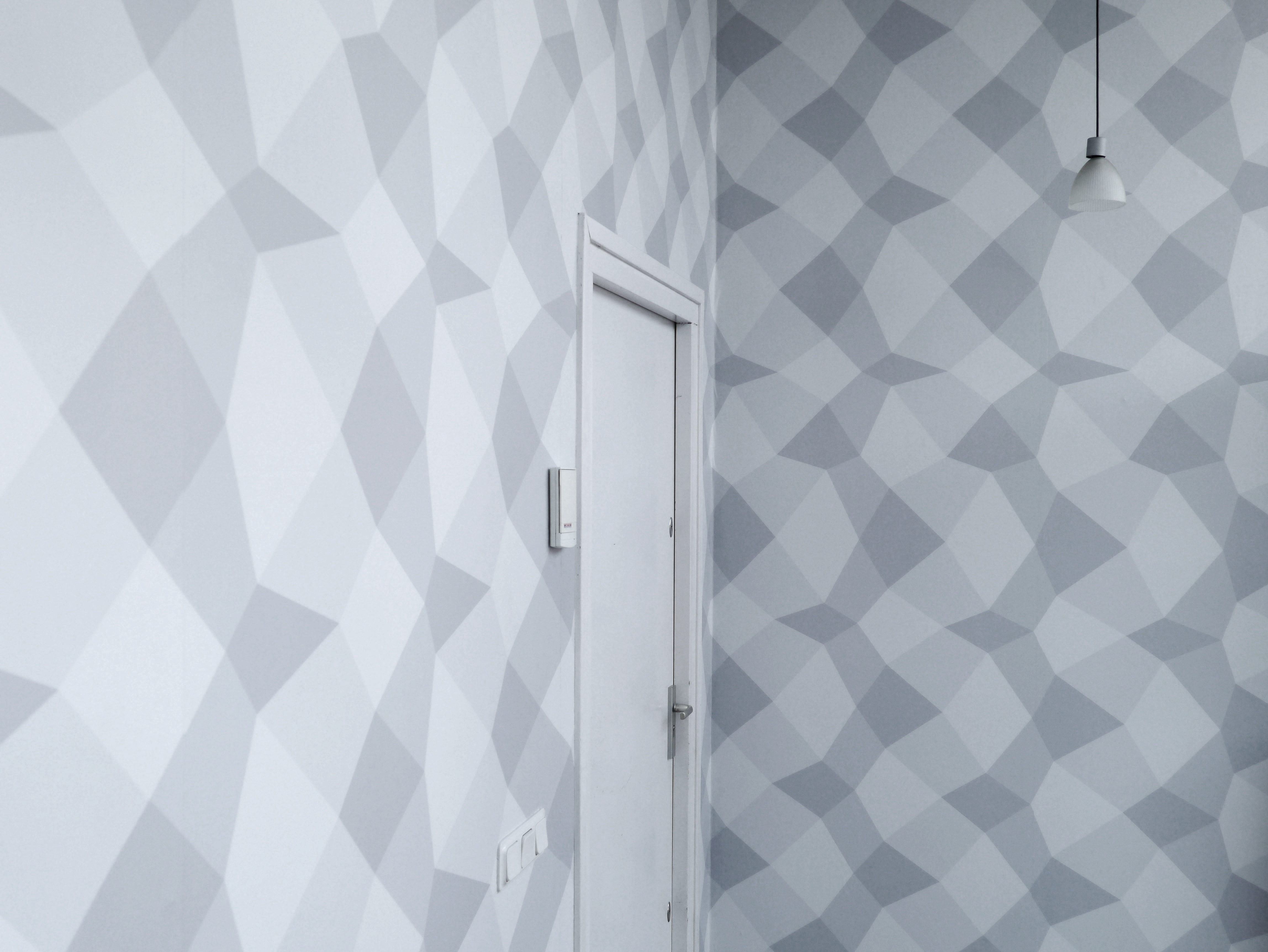 Paul Ouwerkerk has been involved in visual culture since his graduation from Jan van Eyck Academy in 1988. His career involves painting, sculpture, photography, time-based media and graphic design. Notably his involvement with visual representation of architectural projects and firms has attracted international critical acclaim.

From January 2018 the series Reliefs 101–103 will be presented at the international art manifestation ART Alger, hosted by the Ministry of Culture of Algeria, at the Palais de la Culture Moufdi Zakaria in Algiers. With these new works Paul Ouwerkerk returns to the realm of fine arts. Here all previous tested and applied techniques come to play within the scope of an old obsession: machinations of mathematical formulas. Objects and patterns are put to the visual test in an unlimited playing field, where the sense of scale is just another element in the visual arena. The spatial becomes flat, the flat becomes spatial. In a series of works called ‘Solids’ we are confronted with flat, (photo)graphic representations of spatial models that were constructed in three dimensions. Introducing a multiple perspective … the suggestion that we are looking at the same model, whilst we are in reality looking at different compositions of the same shaded triangular puzzle pieces. Elsewhere a rhythmic patern of piramids in four shades of grey investigates Trompe l‘Oeil from the drawingboard. Distortion runs like a virus through the matrix of the underlying formal grid system. The optical illusion is tested within its own representation by contortion of the particle from left to right and from top to bottom. The creation process is inversed. Transcendence towards a spatial model. 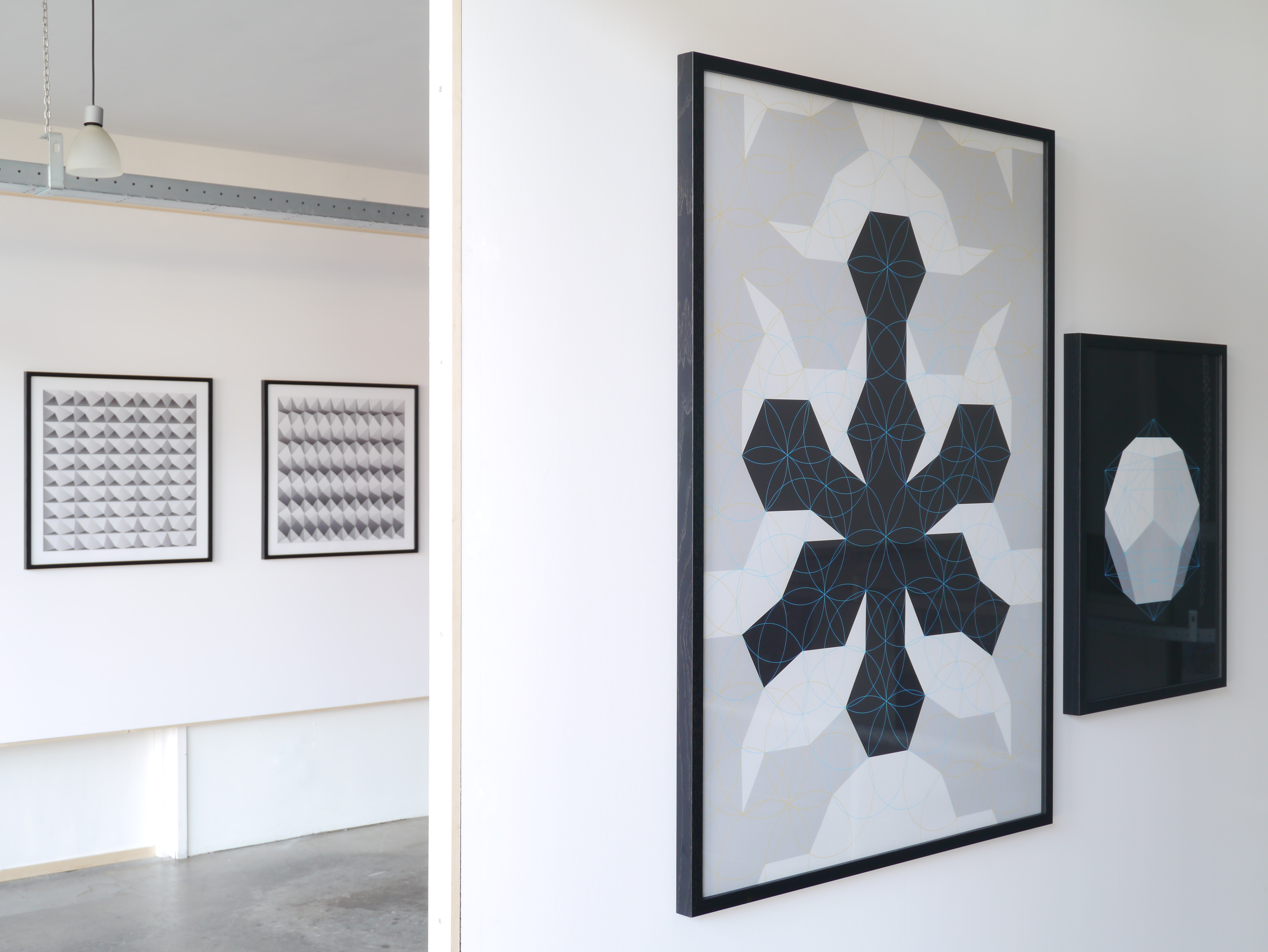 The design adagium ‘Form Follows Function’ has been rescripted to a new mantra for fascination of the visual grids that surround us on every level of our existence. It transcends cultures through it’s levels of abstraction. Notably with a reference to Islamic art and architecture. It mesmerizes an academic universe of mathematics and science, of forgotten discoveries and inventions. Of contemporary Alchemy. 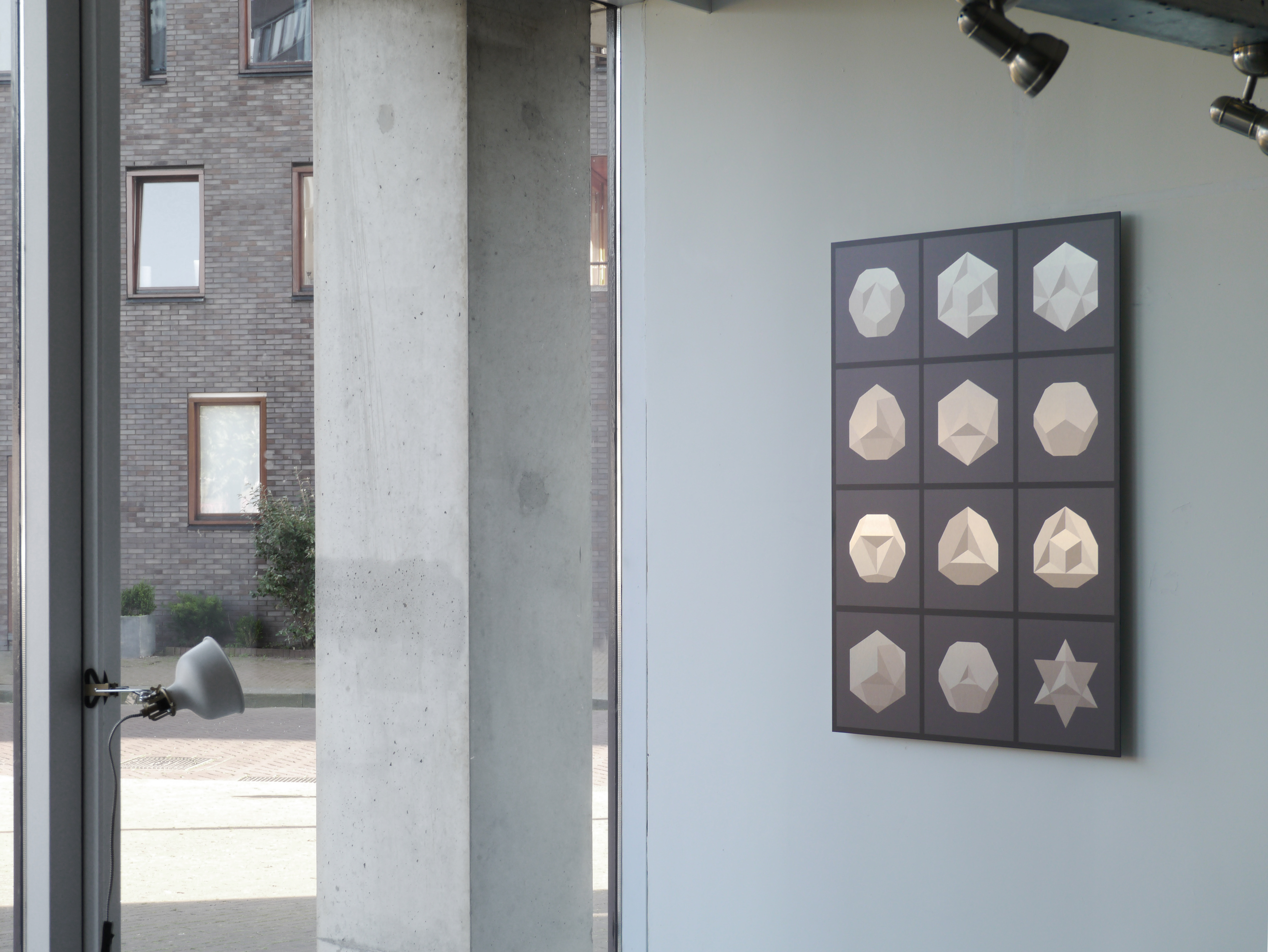 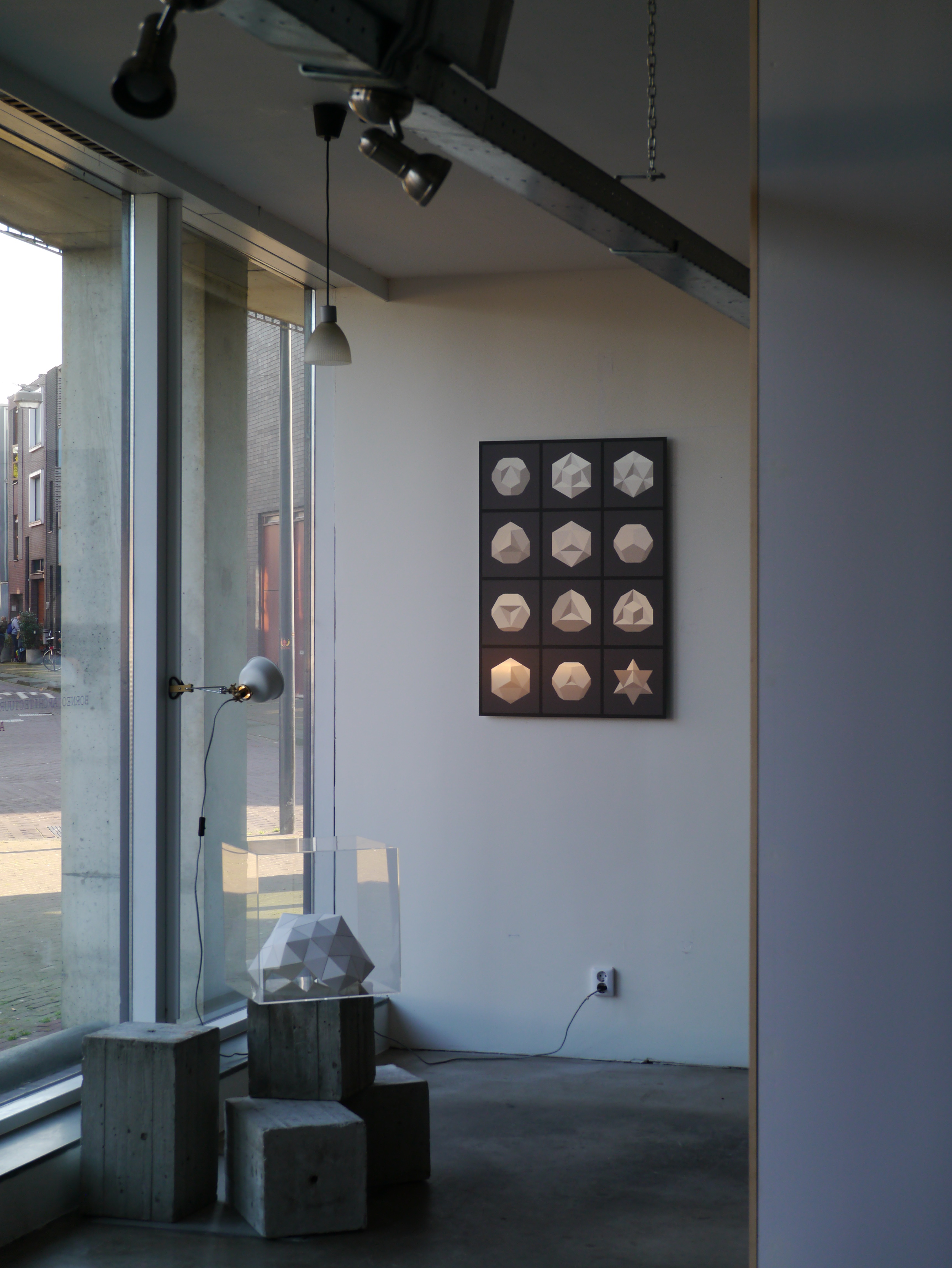 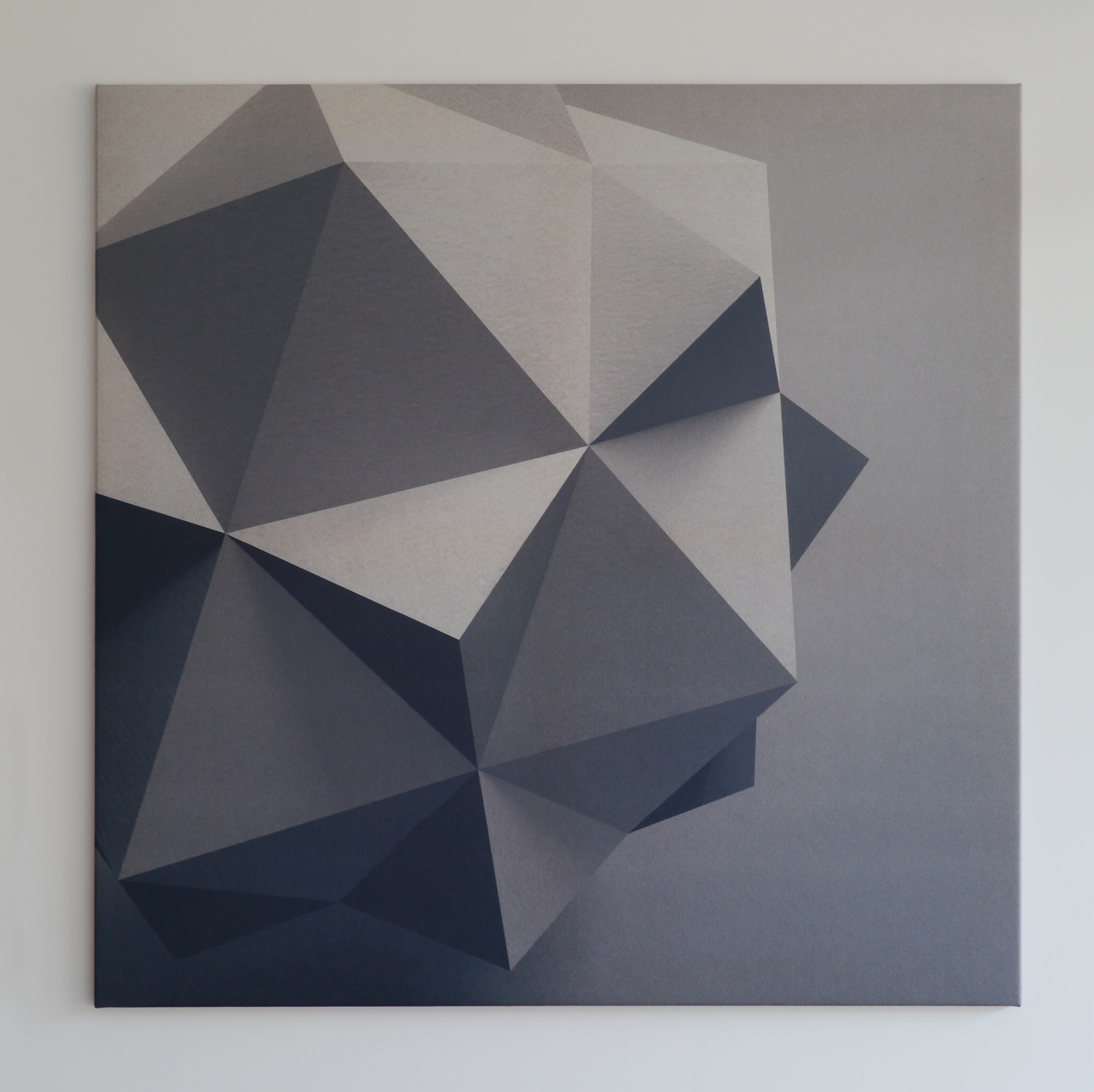 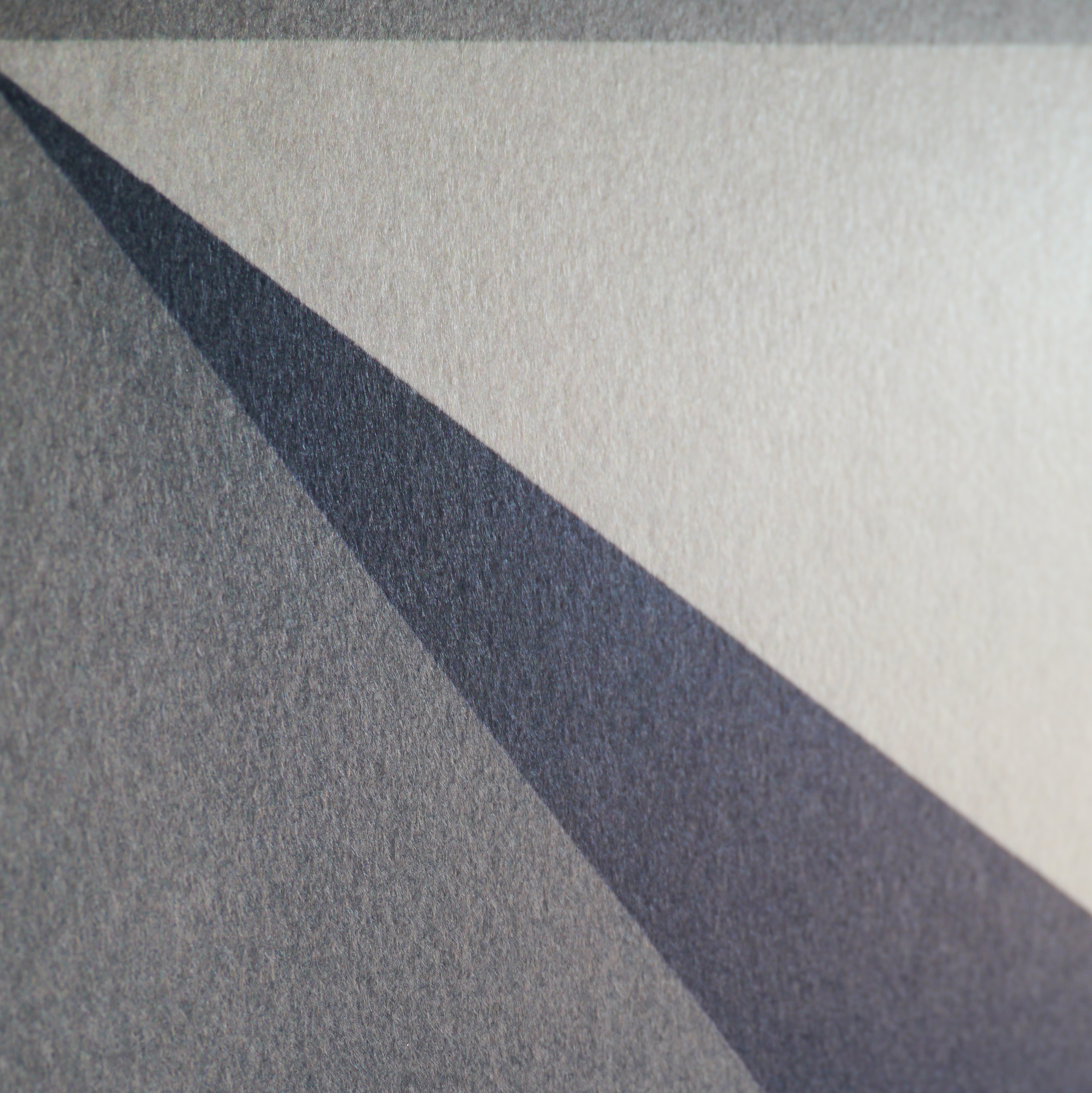